Menu
Westville Presby > Blog > Niek Talks > “The early Christians really did believe that they were living in the ‘age to come’ for which Israel had longed, the time of forgiveness of sins, the gift of the Spirit” 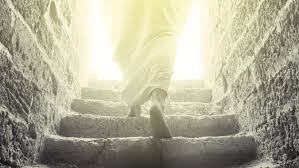 “The early Christians really did believe that they were living in the ‘age to come’ for which Israel had longed, the time of forgiveness of sins, the gift of the Spirit”

What then did the earliest Christians mean when they said that Jesus of Nazareth had been raised from the dead?

They cannot have meant that, though his body remained in a tomb, his spirit or soul was now safe in the hands of God, perhaps even given a place of honor. That was a perfectly reasonable Jewish thing to think about someone now dead, particularly a great leader or teacher, particularly one who had died a cruel death. There was normal Jewish language to express such a belief. If that had been what Jesus’ first believed about him, Jesus would have been on a par, in their eyes, with the Maccabean martyrs of the prophets of old.

Resurrection implies at the very least a coming back to something that had been forfeited, that is, bodily life. In the well-developed Jewish language for describing the continuing nonphysical existence of someone who had died there would be no question of “coming back” but only of going on, with a spiritual life in unbroken continuity with what had existed before. What the early church insisted about Jesus was that he had been well and truly physically dead and was now well and truly physically alive. If all they had meant was that he was now exalted to a place of honor with God, the language of dying and new life the other side of death would not have been appropriate.

Nor, I submit, would they have used the language of resurrection to describe a sense that Jesus was personally present with them. Such a thing would have been unprecedented, but if it occurred, the natural categories for them would have been angel, spirit, and so forth. In addition, had Jesus’ resurrection been simply a matter of people being aware of his presence, there would not have been a sense, as there clearly is in all our evidence, of a sequence of resurrection “appearances” that then stopped. Paul knows, and he knows that the Corinthi­ans know, that his seeing of Jesus was the last such event. His churches, not least the Corin­thians, had all kinds of wonderful spiritual experiences; they knew Jesus as their Lord in the power of the Spirit; but they had not seen him as Paul had.

Nor would they have drawn the conclusion that the new age had dawned. When a Jewish leader, teacher, or hero died violently at the hands of Israel’s enemies, this was the sign that the old age was still here, the new age had not yet come. Yet the early Christians not only said that Jesus had been raised from the dead; they concluded from this that God’s new age had indeed begun, however paradoxically.

This rules out as well the explanation that has recently been offered, that the early Christians received a ghostly visitation from their recently deceased leader. Such events are well known in the modern, as in the ancient world; the worried church thought they were receiving such a visit from Peter in Acts 11. “It must be his angel,” they said; that meant that Peter had been killed by Herod, and they would have to go and collect his body for burial. It would not mean that Peter had been “raised from the dead”; indeed, it would mean that he hadn’t been.

So why did the early Christians use the word resurrection to describe what they believed had happened to Jesus? The large package of heaven-sent renewal expected by many Jews, including the general resurrection, had not occurred. Pilate, Caiphas, and Herod were still ruling. Injustice, misery, oppression, and death were still features of life for Jews and everyone else. Nor were Abraham, Isaac, Jacob, Moses, David, and the prophets alive again. From that point of view, “the resurrection” expected by Jesus’ contemporaries had obviously not occurred.

And yet they said that it had—and proceeded to build a new worldview, a significant variation from within contemporary Judaism, on this belief. “The resurrection,” as something that has already happened that must now determine life, faith, prayer, and thought, dominates a good deal of the New Testament: the early Christians really did believe that they were living in the “age to come” for which Israel had longed, the time of forgiveness of sins, the gift of the Spirit, when the Gentiles would be brought in to worship the one God of Israel. The “present age” was still continuing, but the “age to come” had been inaugurated.

We see the same pattern if we ask the vital question: why did the early church believe and declare that Jesus was the messiah? Other would-be messiahs executed by the authorities were thereby forever discredited: a messiah was supposed to lead Israel to liberation from the pagans and to rebuild the temple, not die in pagan hands, leaving the temple still in the grip of Israel’s oppressive pseudoaristocrats. Other groups whose messiah was killed faced a choice: either find a new messiah, or give up the revolution. We have evidence of both patterns. Declaring that God had raised one’s messiah from the dead was not an option. First-century Jews do not seem to have had time or mental energy to indulge in that peculiar twentieth-century phenomenon, cognitive dissonance, believing that something is still true when events have in fact disproved it. Life was too short and hard for fantasy.

Why, for instance, did the early church not decide that James, the brother of Jesus, was now the messiah? He was the central leader in the early church: holy man, wise teacher, man of prayer, man of God. He was known as the brother of the Lord. Other groups, faced with the death of their would-be messiah and the emergence of his brother as the natural new leader, would have been quick to put two and two together: the brother is the real messiah. But the early church did not. Jesus was the messiah; and the explanation was that God had vindi­cated him by raising him from the dead. Nor was this belief the mere granting of an hon­orific title to Jesus, a word with grandeur but little substance. Early Christianity was self-consciously a messianic movement, announcing Jesus as the true Lord of the world even at the risk of offending the existing lords of the world, Caesar included. And this political-religious affirmation grew clearly and visibly out of Jewish messianic beliefs, redefined around the person, agenda, and fate of Jesus of Nazareth.

The early Christians, in other words, affirmed not only that “the resurrection,” the great hope of Israel, had happened, but that it had happened in a way that nobody had imagined (a single human being raised within the middle of ongoing history). They reconstructed their worldview, their aims and agendas, around this belief so that it became, not merely an extra oddity, bolted onto the outside of the worldview they already had, but the transforming principle, the string that had pulled back the curtain, revealing God’s future as having already arrived in the present.