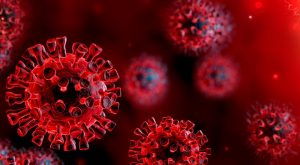 Although this article is written from a USA context, it does provide food for thought.

“Holy Saturday is no one’s favourite religious holiday. It lacks the darkness and the drama of a dying Savior. Nor is it bathed in light to celebrate a risen Lord. Its colour is a liminal grey.

But it’s where we are, all of us. It’s the season that we are in.

Holy Saturday is a very quiet day. When I was a boy, I was always outraged that so much could be going on in the world while Jesus was resting in his tomb. Today is different. Today, it’s as if the whole world—my world, at least—is observing a regimen of silence in honour of the Lord’s burial. In Wuhan and San Francisco and Atlanta and St. Louis the streets are empty, or at least less travelled. In the rural buffer where I live (a liminal space between a university and surrounding farmland), our road is quieter than usual. No one misses street noise, but it is spring, and I miss the music blasting through our campus, the sounds of laughter and the murmur of learned conversations from tables along the sidewalks.

After the horrors of Good Friday, Saturday is a day of decompression and meditation. In a time of pandemic, our new season of Holy Saturday invites us to reexamine our spiritual bearing when, as Psalm 46 says, the kingdoms are tottering, the earth is melting, and desolations threaten the earth. “Be still and know that I am God.” The command sounds harsh, but it isn’t a rebuke, as in “Be quiet.” It’s an invitation to enter the supernatural stillness of God. It means “Don’t be afraid of what comes next.”

The Gospels say little about the disciples’ behaviour on Holy Saturday. We can only imagine. It was a day of rest. They were required to rest. What preparations the women made must have been done furtively.

Richard Lischer taught at Duke Divinity School for many years. His book Just Tell the Truth: Sermons on Faith, Hope, and Courage is forthcoming.

In the world of the coronavirus, we are also waiting. But waiting for what? When the women came to the tomb in the gray morning, they came not with high hopes but with their world’s version of embalming fluid. In Hebrew, the verbs “wait” and “hope” can be rendered by the same word. But in a time of contagion, our waiting does not appear to be en­riched by hope any more than theirs was.

Our waiting has an intransitive feel. “For what?” is hard to answer. For it to be over. For those who are sick to recover. For a magically resurrected economy. For school to start and the multiplex to open. For baseball. For a paycheck once again. Waiting to get back to where we were—which for many of us wasn’t a good place to begin with. The people who clean hotel rooms, who work at Macy’s or the shop down the block, whose husbands or wives have died and remain unburied, who live in prisons, who are hoping for a bed in the ICU—what are they waiting for?

Our season of Holy Saturday is also a time of caring for others. We are Facetiming, Zooming, and Skyping with friends and family. We are also looking out for neighbours we haven’t seen in a while and loosening our wallets for those who can no longer clean our houses or clear our gutters. Two days ago, I got a beautiful letter from a parishioner I cared for 42 years ago. Now she is caring for me. It’s the pandemic to be sure, but it’s also the season of Holy Saturday, a time to reflect on the blessings of friendship, marriage, community, and hope.

In a time of pandemic, conspiracy theories go viral and new ethical issues arise unbidden. How can we know the truth? Whose authority shall we trust? The president’s? The CDC? Fox News? How shall we balance personal safety and economic health? What are the ethics of taking chances? Is it right to profit from the pandemic? How can we make sure that treatment of the rich doesn’t take precedence over care for the poor?

The moral questions are not new. In 1527 the bubonic plague returned to the city of Wittenberg, Germany. It was a recurrence of the scourge that had killed more than 25 percent of Europe’s population in the 14th century. As the religious leader of his community, Martin Luther was obliged to address the question, May one flee the city in a time of plague? Luther counselled the government to establish centralized hospitals to avoid the contamination of individual homes and to move the cemeteries outside the city. In words that sound familiar to us, he wrote, “Then I shall fumigate, help purify the air, administer medicine, and take it. I shall avoid places and persons where my presence is not needed in order not to become contaminated and thus perchance infect and pollute others.” Plague clarifies the obligation to one’s neighbour. Pastors should remain with their flock. Luther stayed.

We believe that the Good Shepherd participates in the plague and subjects himself to its suffering and anxiety. The Gospels do not sugarcoat his fear in Geth­semane or his suffering on the cross.

His presence was especially vivid for people living in the Middle Ages. They knew firsthand the horrors of sickness, childbirth, medical care, death, and the local burial pit. The crucified God was their only refuge.

It is within this frame that we meet the mystic and anchoress Julian of Norwich. The plague of 1348–49 is still a fresh memory in East Anglia. Julian is desperately ill on her bed, struggling to breathe and preparing to die. The priest has been called. As he intones the final blessing, he holds a crucifix before her eyes.

Then a strange thing happens. The figure on the cross begins to bleed, shedding great stalactites of blood and mucous. In an image shocking for its sensuousness, Julian compares the blood to water dripping from the eaves of a house and to strips of herring flayed at her kitchen sink. Later, when she describes Jesus’ dead body, with its pustules and blue-blackened colour, she is giving a clinical picture of something everyone in Norwich and in all of England would have immediately recognized.

It is a picture of a man who is willing to catch the very disease that he cures. Who visits a young woman’s house in a time of plague and, while healing her, dies of it himself.

The best-known line of Julian’s Revela­tions is this: “But all shall be well, and all manner of things shall be well.” But my favourite occurs several chapters later, when the Lord says, “You shall not be overcome.”